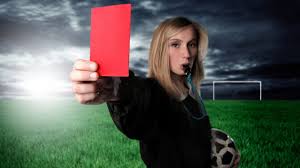 The Football Club received a £22,900 fine and was ordered to pay contributions of £13,619 into the employee’s pension scheme. This put the eligible employees in the same position as they would have been if the club had automatically enrolled them on their staging date.

The Club failed to:

Despite receiving notices from The Regulator attempting to seek compliance the company failed to comply and received an initial Fixed Penalty £400 fine.

Further notices were issued and the company continued with its non-compliance eventually receiving a £2,500 per day Escalating Penalty fine.

This caused an inspection by The Regulator prompting the company’s agreement to take action to fulfil its duties.

“This case illustrates what can happen when an employer buries their head in the sand and disregards their duties. If things aren’t going well, then talk to us; don’t ignore us”.

“Failing to comply on time will not save you money. Not only do you risk a fine, you will also have to make back dated contributions.”

Let us help you through this process so that you can spend your time managing your business.

Ask an
Accountant a Question

To find out 8 great reasons why you should get a quote.

Claim your FREE Essential Guide to Understanding your accounts

This site uses cookies which are small text files that are placed on your machine to help the site provide a better user experience. In general, cookies are used to retain user preferences, store information and provide anonymised tracking data to third party applications such as Google Analytics. As a rule, cookies will make your browsing experience better. However, you may prefer to disable cookies on this site and on others.

Cookies are not unsafe or in themselves a threat to your online privacy as we don't store sensitive information such as contact details or payment information, but recent legislation requires that website owners give as much information as possible about cookies used on a website and clear instructions how to refuse them, should you so choose. If you do choose not to allow cookies, please be aware that this site may not be fully functional.

These cookies are important for allowing your website to operate effectively and as such will be enabled by default. Please note that these cookies do not gather information about you.

As the site is developed via WordPress, there are plugins which create cookies that help with website performance and security.

WordFence is a security plugin used by WordPress to block malicious attacks made to the website. More info on the cookies they set can be seen here.

We use Google Analytics software (Universal Analytics) to collect anonymised information about how you use . We do this to help make sure the site is meeting the needs of its users and to help us make improvements. Our analytics service provider's policy can be viewed here.

If you wish to opt-out of Google Analytics completely regardless of the website you are on, please visit the following link here to install an addon within Google Chrome's browser to disable Google Analytics.

You can use your browser settings to set whether cookies are enabled or not. Please bear in mind that doing this can have an adverse effect on how the website performs.